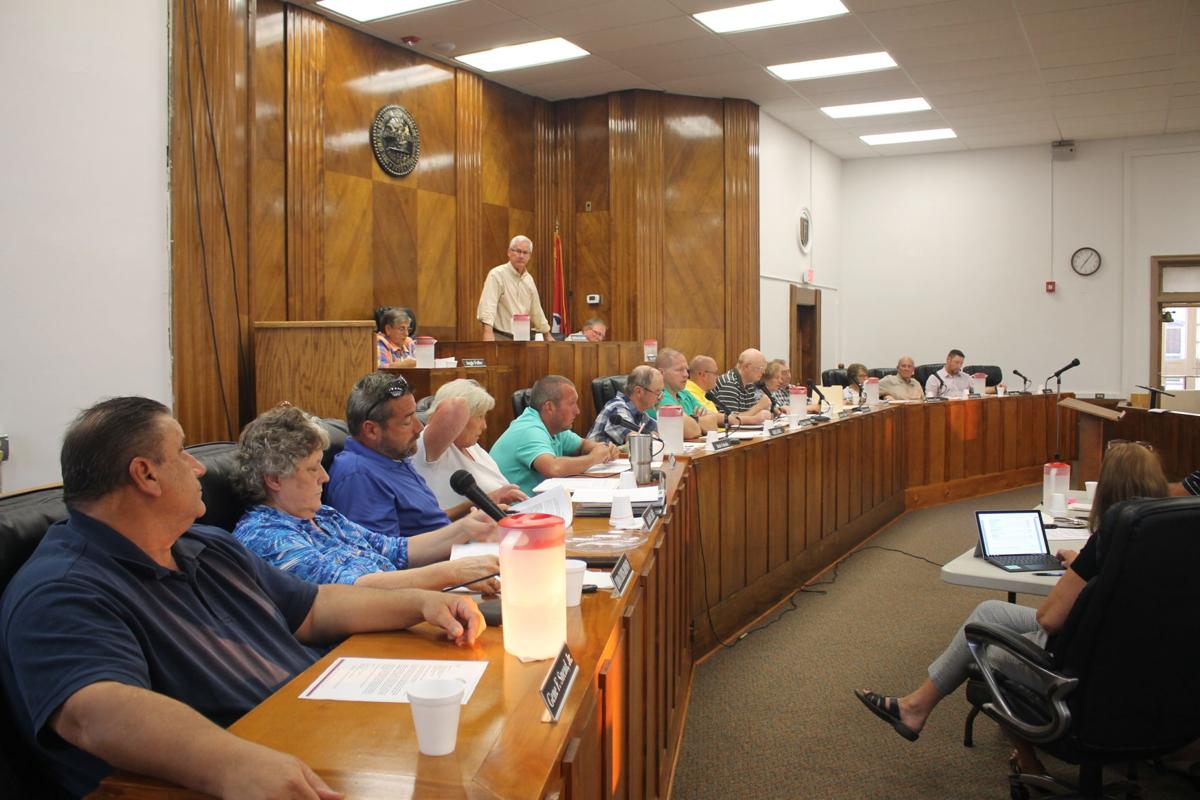 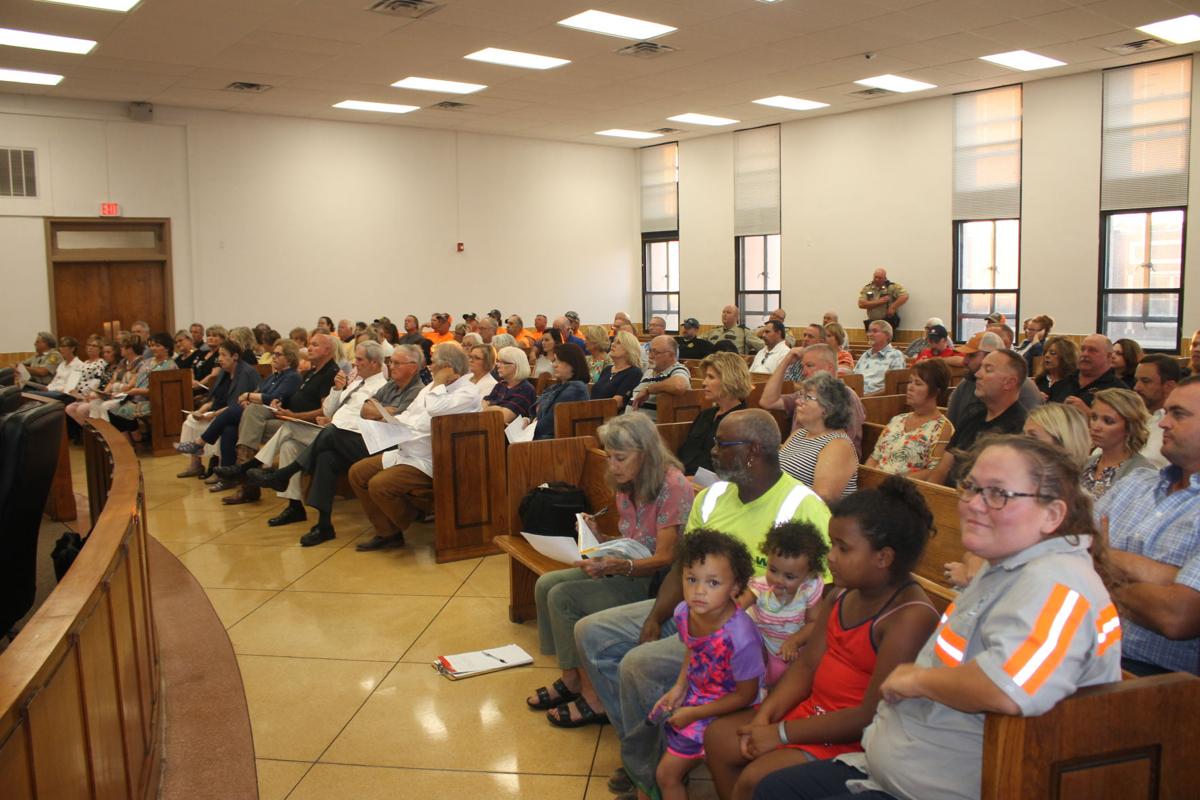 More than 100 attended Monday's County Commission meeting with most of them being county employees.

After going back to the drawing board, the Franklin County Commission approved in a split vote Monday the same budget with a 20.5-cent property tax increase that it defeated on July 29.

The decision was made in a 11-3-1 vote with Commissioners Sam Hiles, Adam Casey and Greg King in opposition. Angie Fuller passed on voting on the issue, and Don Cofer was absent from the meeting.

The Finance Committee agreed on Aug. 5 to resubmit the 2019-20 budget back to the County Commission with no changes, and a recommendation to go with a 20.5-cent property tax increase remained.

Amid differences about whether school system employees would not get pay increases but regular county personnel would, the commission failed to approve the budget on July 29 which sent the issue back to the Finance Committee.

However, the issue failed to draw majority support, prompting sending the budget back to the Finance Committee.

The Finance Committee met on Aug. 5 with County Mayor David Alexander, who serves as chairman, fielding input from department heads on where potential cutbacks could be made.

The bottom line was that department heads said their funding is strapped, and it would be very difficult to make any further cutbacks.

Committee Member Barbara Finney, who is a commissioner, motioned to add 3 cents, in addition to the 20.5 cents, to allow the school system to implement a 2 percent pay raise. Her effort was seconded by Committee member Stanley Bean, who is director of schools.

However, the move failed in a 5-2 vote with Committee Members David Eldridge, Scottie Riddle, Carolyn Wiseman, Johnny Woodall and Alexander in opposition.

With no other motions made, Alexander informed the committee that the budget would go back to the commission on Monday.

As approved, county employees will be getting pay raises, but school system personnel across the board will not.

The school’s budget, however, includes funding for degree advancements and step raises earned for certified employees.

At Monday's meeting, Commissioner Gene Snead told the commission and an audience of more than 100, comprised mostly of county employees, that the county is in a “budget crisis.”

He referred to a letter dated Monday from Sandra Thompson, the Tennessee Comptroller of the Treasury’s State and Local Finance Office director, to the commission explaining that state statutes require that the county adopt its budget no later than Aug. 31.

The letter said that if the vote failed Monday, the commission should reconvene daily until it is approved because the county could not legally spend money, except for the school system, until the budget is passed.

Snead said that the way county spends its money is affected by the state government. He said that he believes Tennessee counties should be given more leeway when it comes certain budgetary requirements that the Comptroller of the Treasury has over them.

However, he said it would take action by the Legislature to make such changes, and that is easier said than done.

Snead also questioned why some county employees get different levels of pay raises. He said the ones earning the least benefit much less when raises are calculated on percentages, and he would like to see adjustments made that benefit those at the lower end of the pay scale.

Eldridge said increasing the sales tax rate would alleviate some of the burden on property owners. However, he said it would take a referendum vote to change the sales tax rate, and he urged residents to consider such a move in the future.