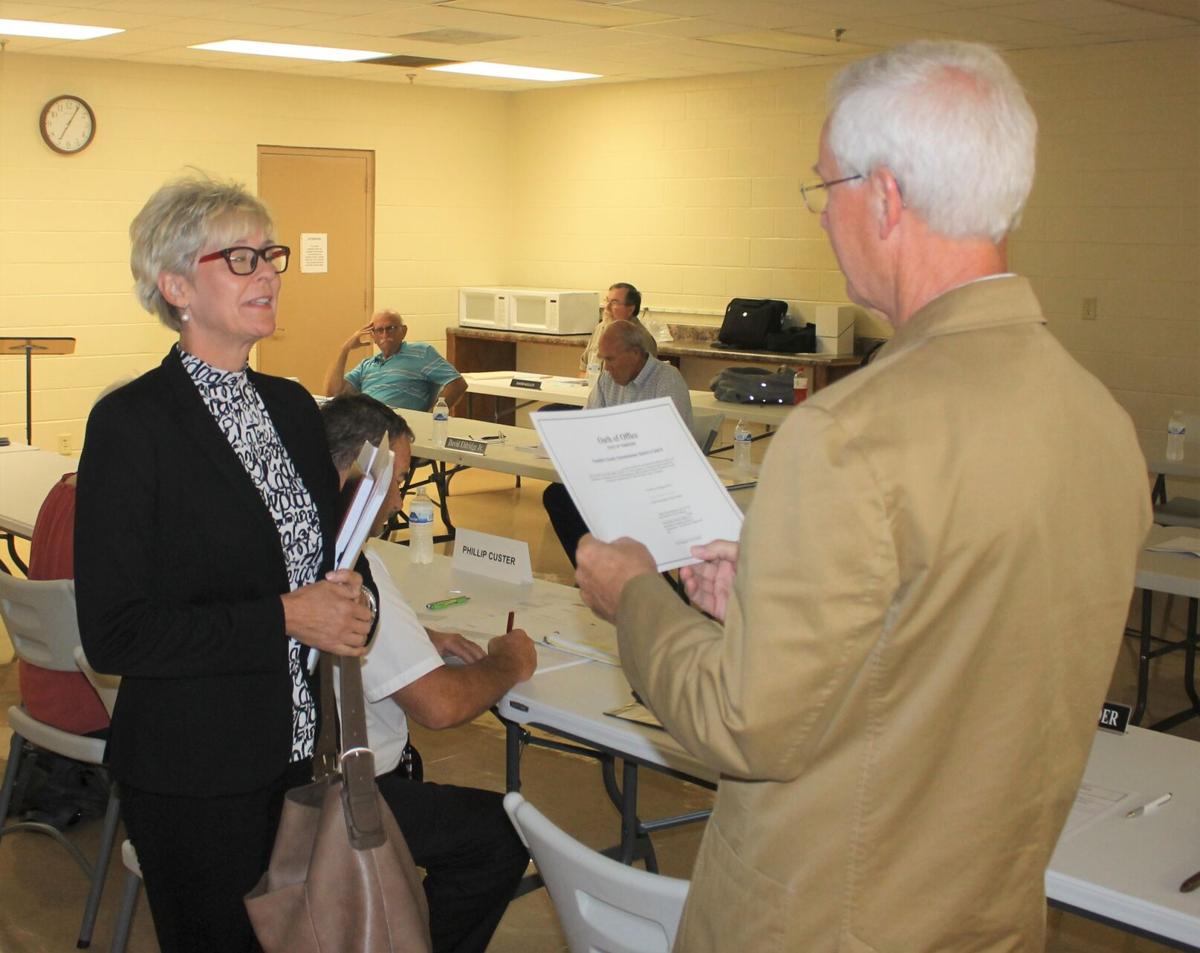 The Franklin County Commission is holding off from funding $15,000 in maintenance money for the Franklin County/Sewanee Airport, pending resolving controversial issues about the facility’s management.

The commission decided Monday in an 8-7 vote to wait 30 days until progress is made toward avigation easements with adjacent property owners Jerry Jacobs and Jerry Mansfield.

An Airport Oversight Committee was recently formed to bridge a gap between the University of the South and Midway area residents who have been at odds with how the airport has been managed.

The airport is owned by the county with the University of the South given sole operational rights through an agreement stemming back to 1954 that was modified in 1993.

The County Commission approved forming the Oversight Committee at its July 19 meeting.

The committee includes County Mayor David Alexander as chairman; Commissioner Hughes, who holds the Fifth District, Seat A position at Sewanee; Commissioner King, who holds the Fourth District, Seat A position at Winchester; Midway area property owners Matt Hughes and Kevin Gilliam; Doug Williams, University of the South treasurer; and Catherine Cavagnaro, who is the airport’s interim manager and operates Ace Aerobatic School there, representing the University of the South.

Forming the committee has been the key topic because Midway area residents have stated they have issues with how the airport is managed and how it operates.

The residents have said they fear a move could be made to use eminent domain to increase the airport’s size to where it could accommodate business-jet-sized aircraft, and they don’t want their property and ownership rights infringed upon.

Several residents have said they would like to have the Oversight Committee so that citizen input will be heard involving issues related to the airport.

The main issue has been to cut the trees near the runway to comply with Tennessee Department of Transportation Aeronautics Division safety regulations by reducing their height to clear the flight path.

Williams recently told the commission that the airport needs to meet TDOT standards, and the state agency desires permanent easements to ensure the trees can be cut anytime necessary without having to get repeated permission from the landowners.

A controversy developed when surveyors had gone on Jacobs’ and Mansfield’s property recently to survey for the easements without the landowners having prior knowledge, further escalating the airport controversy.

Casey said Monday he has problems with providing any funding to the airport until it’s clear the concerns expressed to the Oversight Committee are addressed.

Alexander said the $15,000 is grant money from the state and is given to all airports to ensure they are maintained. He said that issue has nothing to do with trimming the trees.

However, Casey said the airport’s management hasn’t been forthcoming about financial issues, and the county should hold off on providing any further funding until those issues are resolved.

Clark said the university has followed what was outlined in the 1954 agreement and has met the county’s requirements, according to the agreement.

The Oversight Committee met on Sept. 13, and the dialogue became heated.  Jacobs said he would not accept money for an easement.

Alexander said $10,000 offers were each sent out on Aug. 24 to Jacobs and Mansfield, giving them a month to respond, which is Saturday.

Alexander said that if they aren’t accepted, he will personally see Jacobs and Mansfield to see what can be done and assess alternatives.