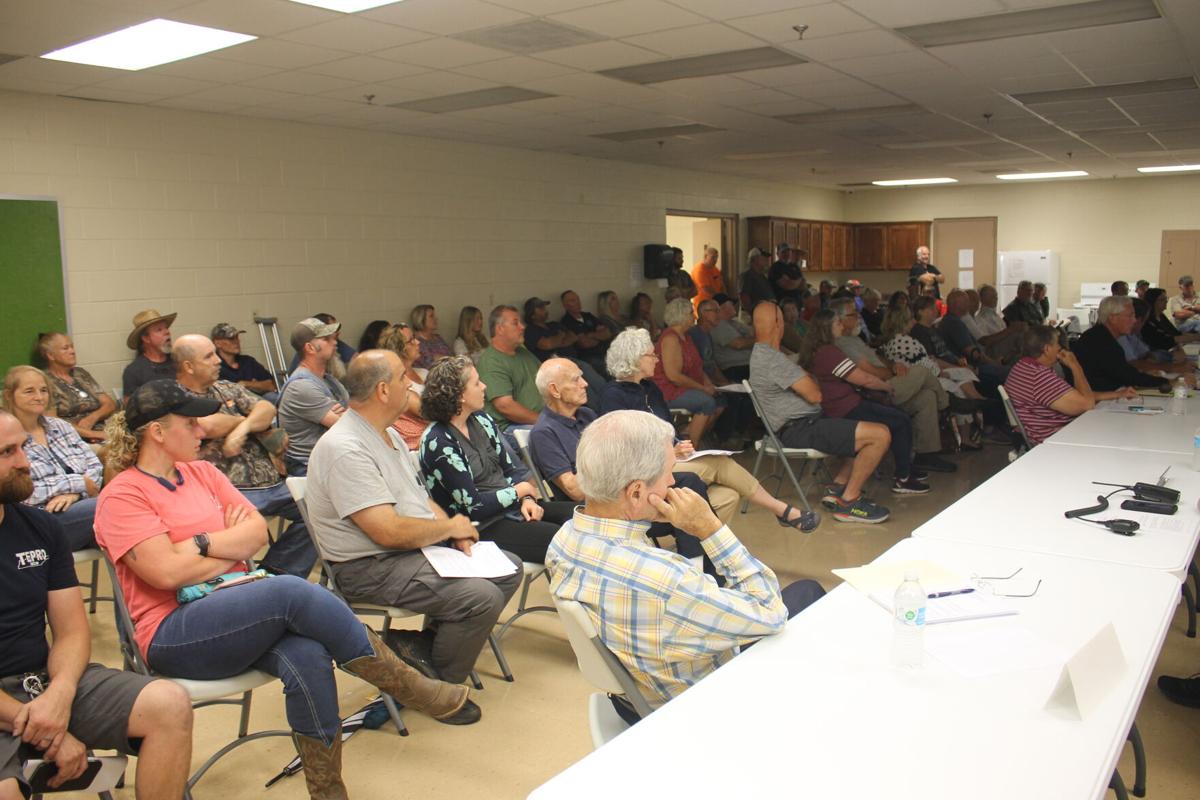 An audience of about 75, mostly Sewannee residents, attend the Monday County Commission meeting with interest in establishing an airport authority to oversee the Franklin County Airport. 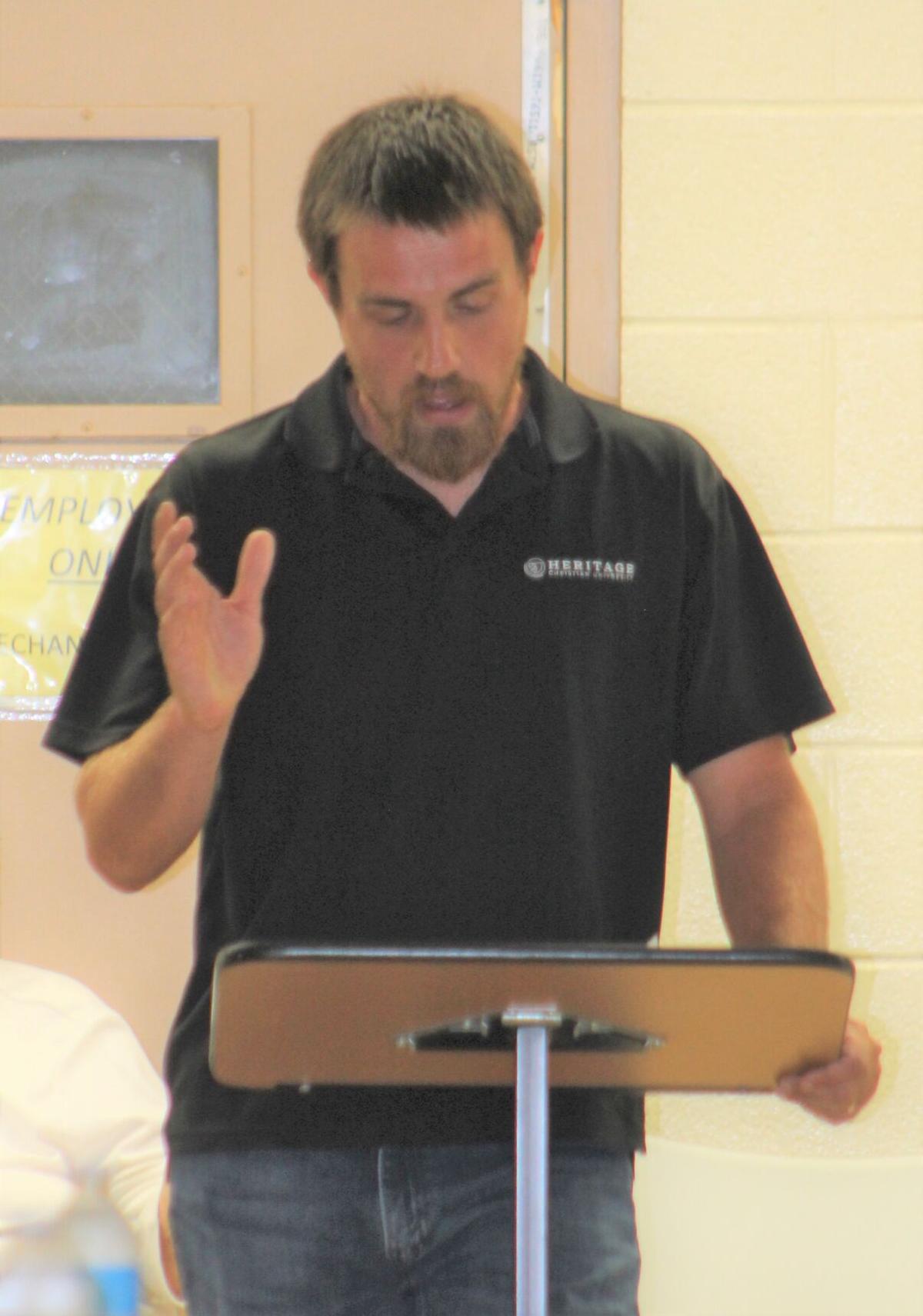 Midway Road area resident Matt Hughes addresses the County Commission on Monday with concerns about how the Franklin County Airport at Sewanee is being managed by the University of the South.

The County Commission is considering creating an oversight board to manage operations at the Franklin County Airport at Sewanee, but what authority it will have is questionable.

Matt Hughes, a Midway Road area resident, told the commission on Monday that, although it’s a county airport, the University of the South has been reluctant to release any budget information about the airport’s funding and where the money actually goes.

He said it has been more than a month since he made a request for budget documents but has heard nothing from the university.

County Mayor David Alexander said his office has also requested the information but has not received it.

Alexander said the county and the university entered into an agreement in 1954, and it was modified in 1993.

Commissioner Eddie Clark had read the agreement’s terms which says the university has the authority to operate the airport for 50 years, meaning the agreement will expire in 2043. He said that if the county were to create an oversight board, it probably could only serve in an advisory capacity because of the terms detailed in the agreement.

Commissioner Johnny Hughes, who holds the District 5, Seat A position at Sewanee, said that if an oversight board had been in existence, a “rumor mill” probably would not have gone full-scale.

Midway Road area residents who live near the airport have said they fear a move could be made to use eminent domain to increase the airport’s size to where it could accommodate business-jet-sized aircraft, and they don’t want their property and ownership rights infringed upon.

Several of the residents at a May 3 meeting said they would like an airport authority to be formed so that citizen input will be heard involving issues related to the airport.

Alexander said the main issue is to the cut the trees near the runway to comply with Tennessee Department of Transportation safety regulations by reducing their height to clear the flight path.

He said he would like to see property owners Jerry Jacobs and Jerry Mansfield reach an agreement with the University of the South so that they are financially compensated for land used in the easement.

Sam McNair, director of business services at The University of the South, said on May 3 that the property owners would still be able to retain use of the property because the easement is for the flight path above the land.

The easement issue has developed into a controversy.

Jim Jacobs, Jerry Jacobs’ son, told the commission Monday that at first it appeared that if the property owners cut the trees, there would be no need for an easement. However, he added that before the trees could be cut, surveyors had surreptitiously gone onto the property to assess the land.

The younger Jacobs said he fears a move is being made to take the land that has been in his family for generations.

“Hang in there and don’t let them take it,” she said, with many of the 75 in the audience clapping in response to her remarks.

Commissioner Adam Casey said it’s ridiculous that the financial documents have not been released. He added that the airport is funded through taxpayer dollars, and the public has the right to know how the money is being spent.

He referred to the month-plus delay without getting any of the information.

“There’s no excuse for that,” Casey said.

Matt Hughes asked how long it would take for the commission to vote on establishing an airport oversight board.

Alexander said the commission has to finish its budget process for the 2021-22 fiscal year, and the issue could be on the commission’s July 19 agenda.

Johnny Hughes said that the oversight board, even if it has minimal say in controlling the airport’s operations, would still be able to allow personnel from the university and the residents to sit down face-to-face to discuss issues. He added that it would probably minimize problems in the future.