Retired Chief Master Sgt. Charles Fryer made his final journey Monday under the American flag that was flown in his honor by the Winchester Fire Department during a funeral procession. Chief Master Sgt. Fryer was in the military for 35 years, where he served during World War II and the Korean and Vietnam wars. He was the first chief master sergeant at Arnold Air Force Base. Paying respects to Chief Fryer are, from left, Winchester Fire Chief Gary Greeson, Fireman Brandon Couch, Lt. Tony Reed and Fireman Jason Montgomery. 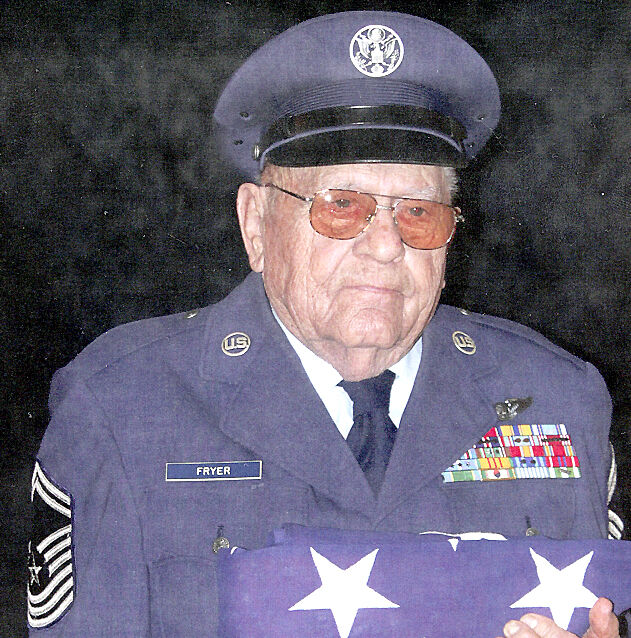