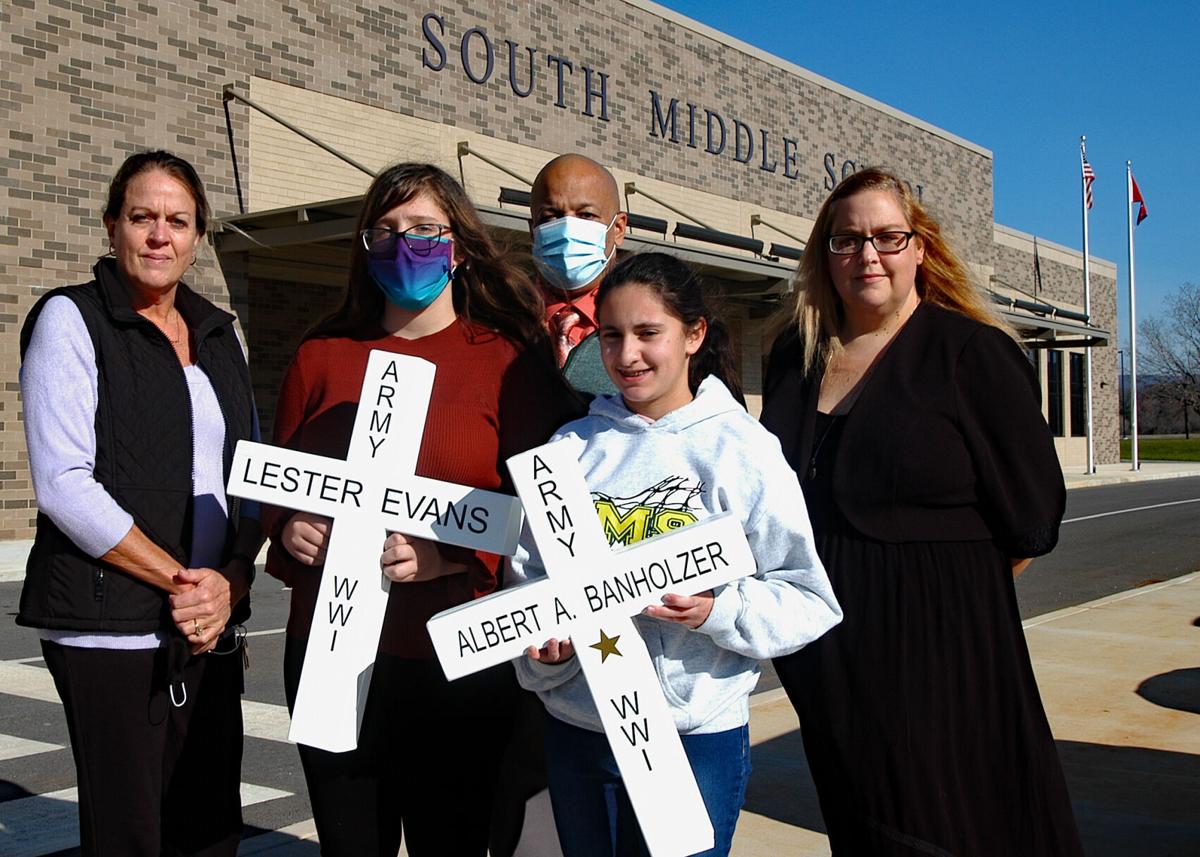 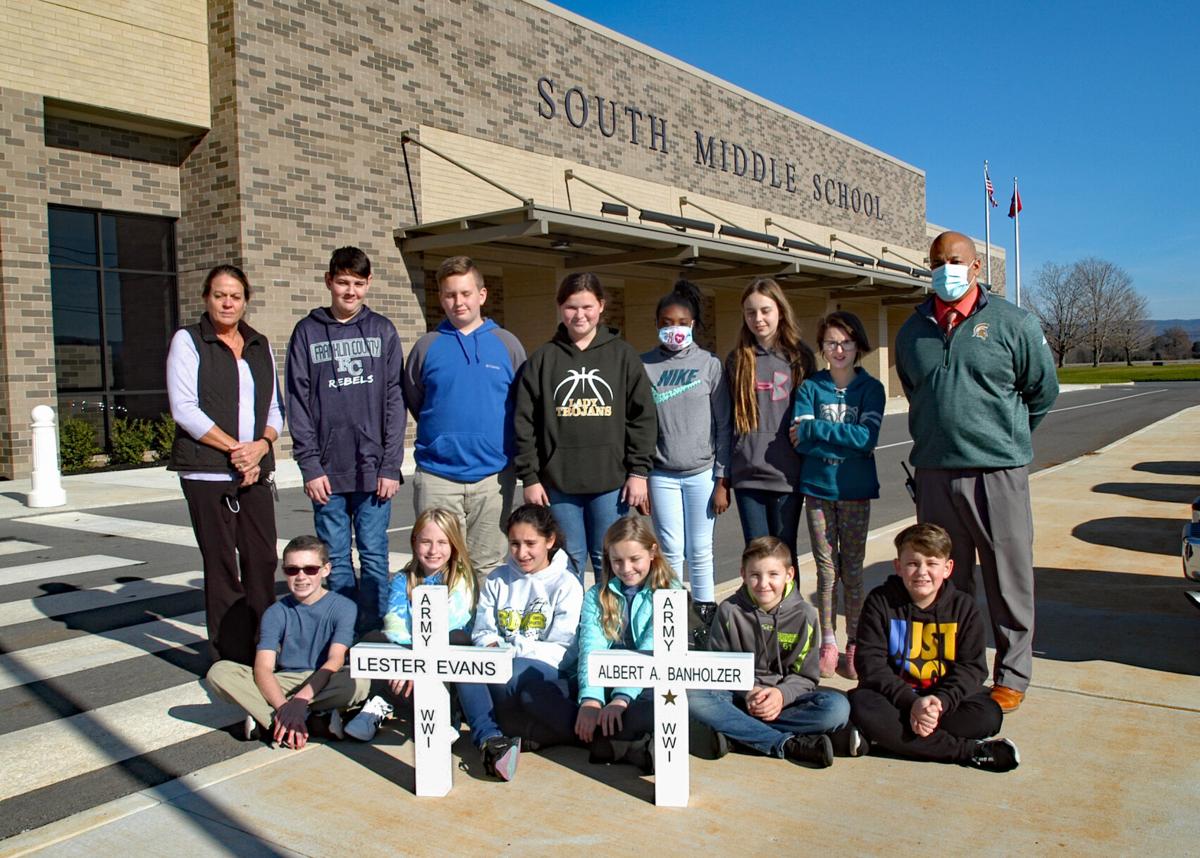 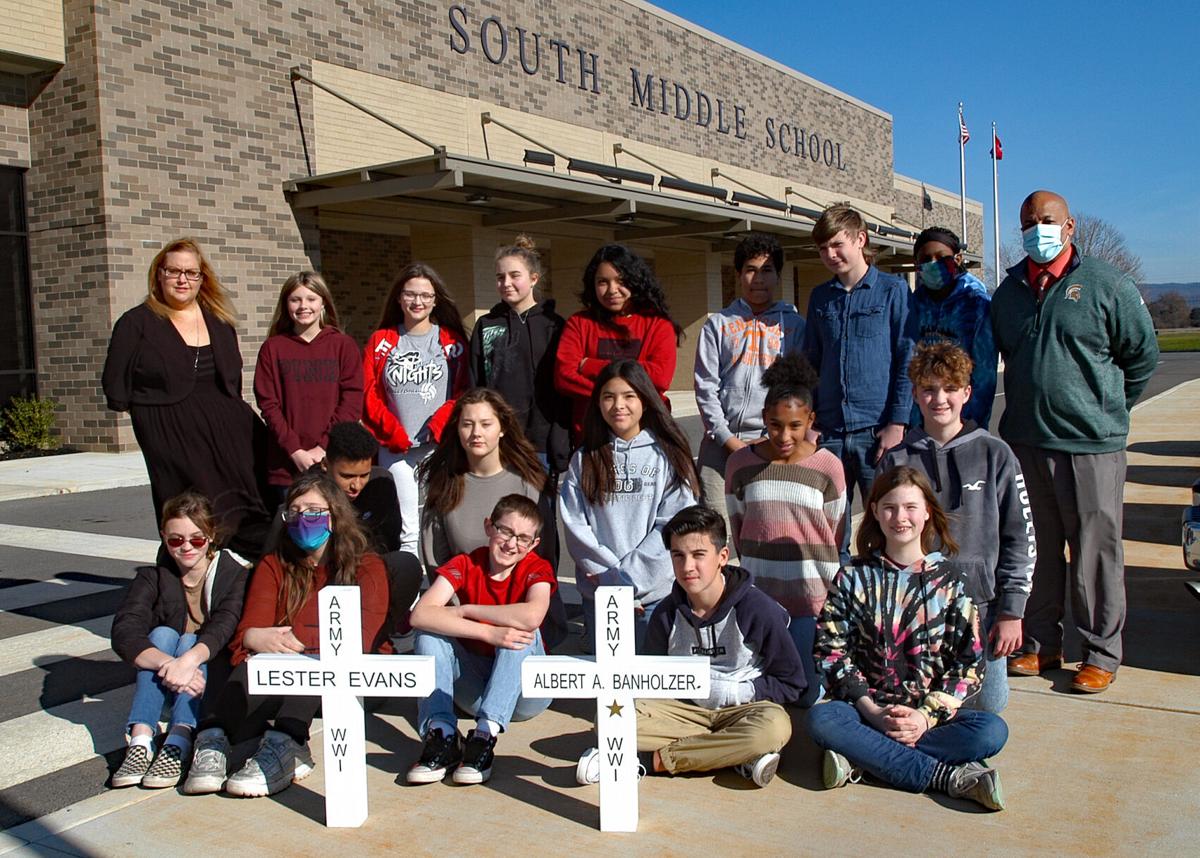 The students could wear a hat or sweat pants to class with a $1 donation to the American Legion Cross and Flag program.

The students raised enough money to provide two crosses and flags honoring World War I veterans from Franklin County who served in the United States Army in Europe.

The tributes will go to honor Lester Evans, who was killed in an accident, and Albert A. Banholzer who was a Gold Star veteran killed in action.

Commander Ray Cobb said that, on behalf of the American Legion, he would like to thank South Middle School’s students for participating in the fundraiser.

The crosses and flags will be displayed for the first time on Memorial Day in May. Part of the American Legion’s goal is to promote patriotism with youths throughout the county.

Organizations and groups may also make donations to the cross and flag memorial for deceased veterans who have lived in Franklin County.

For more information, contact Cobb at 931-308-8914. Requests for the Memorial Day display need to be completed by April 30.