$1.99 for 30 days
Get Started
You have permission to edit this article.
Edit
Home
News
Sports
Living
Special Sections
Classifieds
Obituaries
The Job Network
Coronavirus News
1 of 2 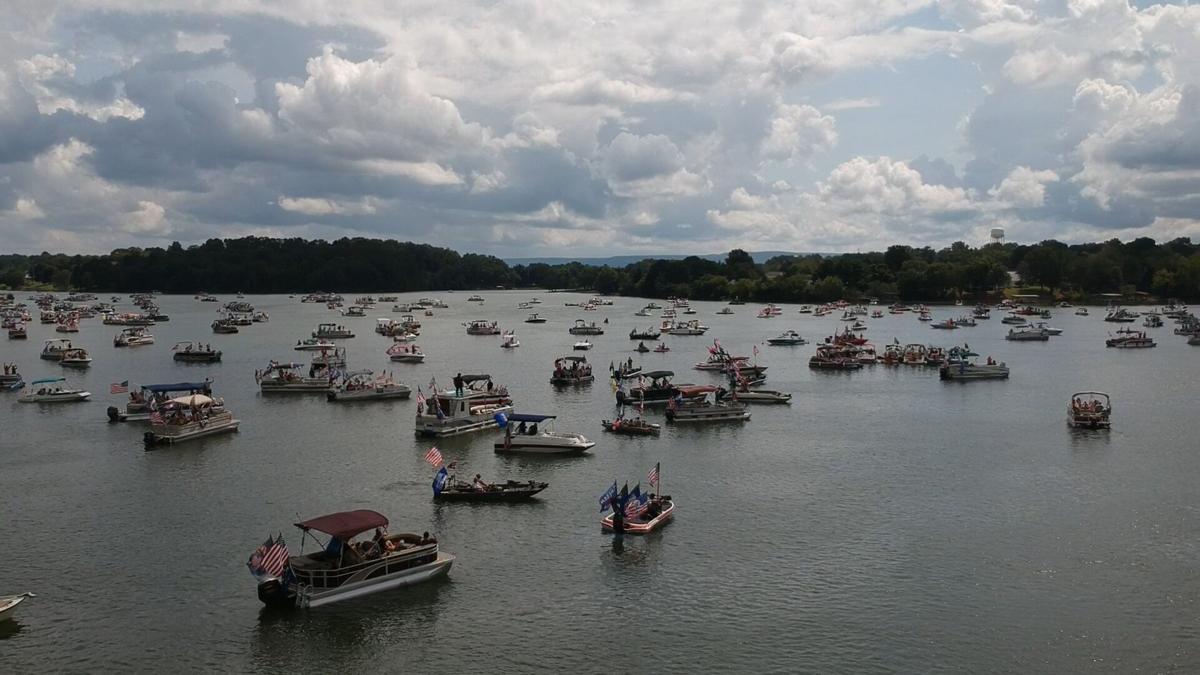 A drone captures the magnitude of Saturday’s special boat parade as a tribute to President Donald Trump. 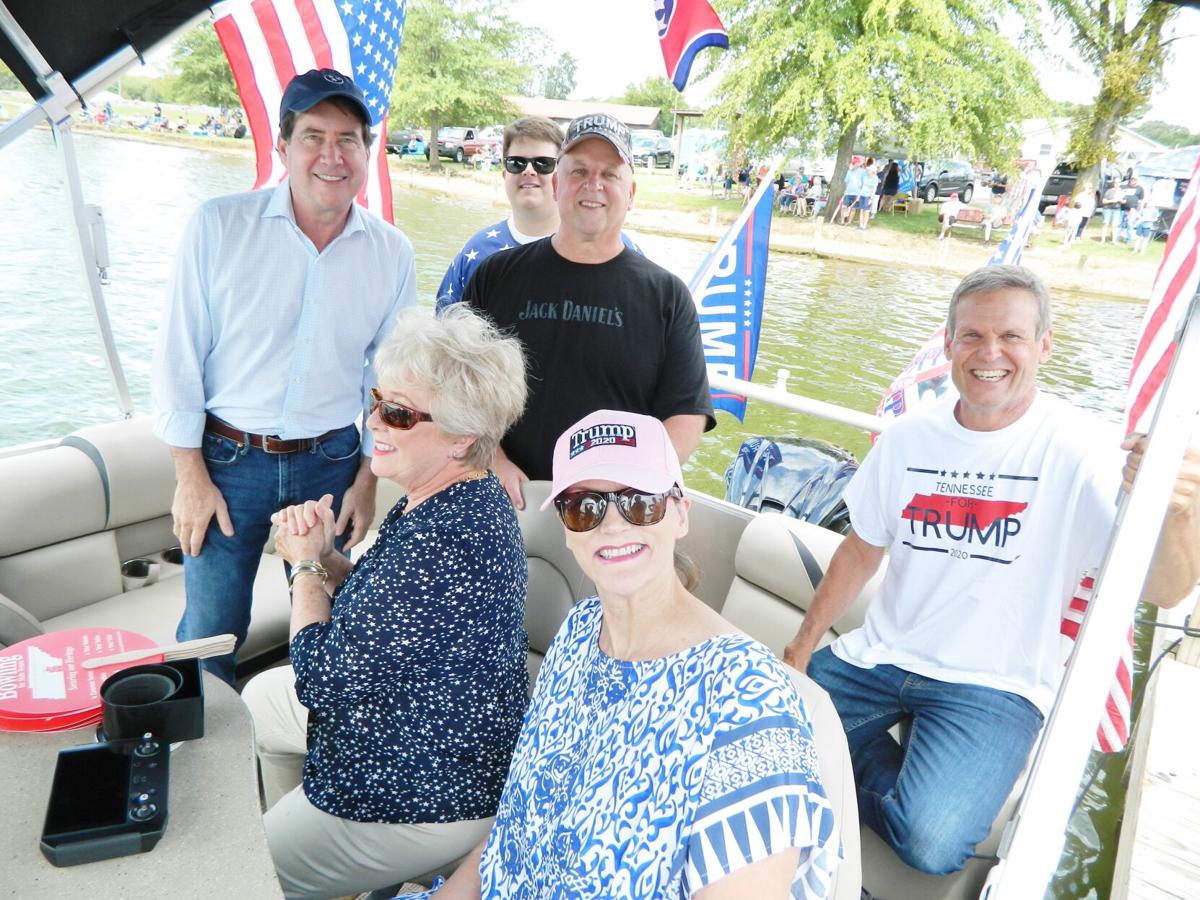 The official party for the Trump Boat Parade on Tims Ford Lake Saturday included State Sen. Janice Bowling, seated on the left, and State Rep. Iris Rudder, seated on the right. Standing, from left, are Ambassador Bill Hagerty, candidate for U.S. Senate; and U.S. Rep. Scott DesJarlais with Gov. Bill Lee sitting on the far right. Standing in the back is Franklin County Republican Party Chairman Brad Sherman. The pontoon boat was provided and driven by Thomas Liddell.

With more than 400 boats and 3,000 attendees from Winchester and surrounding cities, counties, and states, the parade kicked off at noon from the area around the Tims Ford Bass Club near Winchester City Park and paraded in two sections of the lake.

“I had registered 460 boats prior to Saturday, but we had estimates ranging from 500-600 boats that day,” he said. “We estimated 3,000 people were on the water in boats of all kinds, and of course many more were watching from the shore of the lake.”

Decorated with Trump banners, posters, signs, flags, and even cardboard cut-outs of the president, the boats were led by Parade Grand Marshal Mark Hinshaw, who followed a TWRA center console patrol boat.

Behind the FCRP pontoon was a larger pontoon boat owned and driven by Thomas Liddell, a Williamson County native who owns a home on Tims Ford, carrying big-name Republican politicians, including Gov. Bill Lee.

FCRP Chairman Brad Sherman escorted them along the way.

Departing at noon from under the bridge over Philip Fulmer Parkway, the boats split off into two trails with one going to Estill Springs and the other to Awalt Road.

By 1 p.m., the Estill entourage had reached the Highway 41A bridge overpass and was turning around to join the group coming from Awalt Road as they headed for an eventual destination at Twin Creeks Marina.

A light rain falling on the lake did nothing to dampen the enthusiasm of the boaters about halfway through the two-and-a-half-hour routes leading back to Twin Creeks.

Observers lined the shores of the lake along both routes to enjoy the parade, many also flying a Trump flag or banner with campaign slogans on them.

A flyover during the flotilla by a self-styled “MAGA Jet” took place as the boaters craned their necks skyward.

“Our pilot and the jet’s owner flew over us, then headed to central Alabama for another event and was back in time for our Twin Creeks celebration later that afternoon,” Davis said. “It was an awesome moment.”

While continuing the event’s Trump theme at Twin Creeks Marina’s “SAILabration,” a drawing was held for a limited-edition Trump .45-caliber Glock 19 handgun with accessories, which was won by Roger Vetitoe of Tullahoma.

Dylan Russell was the winner of a VIP experience with the pilot/owner of the MAGA Jet.

Other prizes were awarded by Genesis Fiberglass Concepts LLC of Winchester for “Best Decorated” in each class of watercraft.

“I would have been happy with 100 boats,” Davis said, “But the people from surrounding states like Kentucky, Alabama and Georgia gave us a blessed day that worked out beautifully.

“The thing I was impressed with was that there were no arguments, no problems; it was just a group of like-minded people enjoying themselves on the lake.”