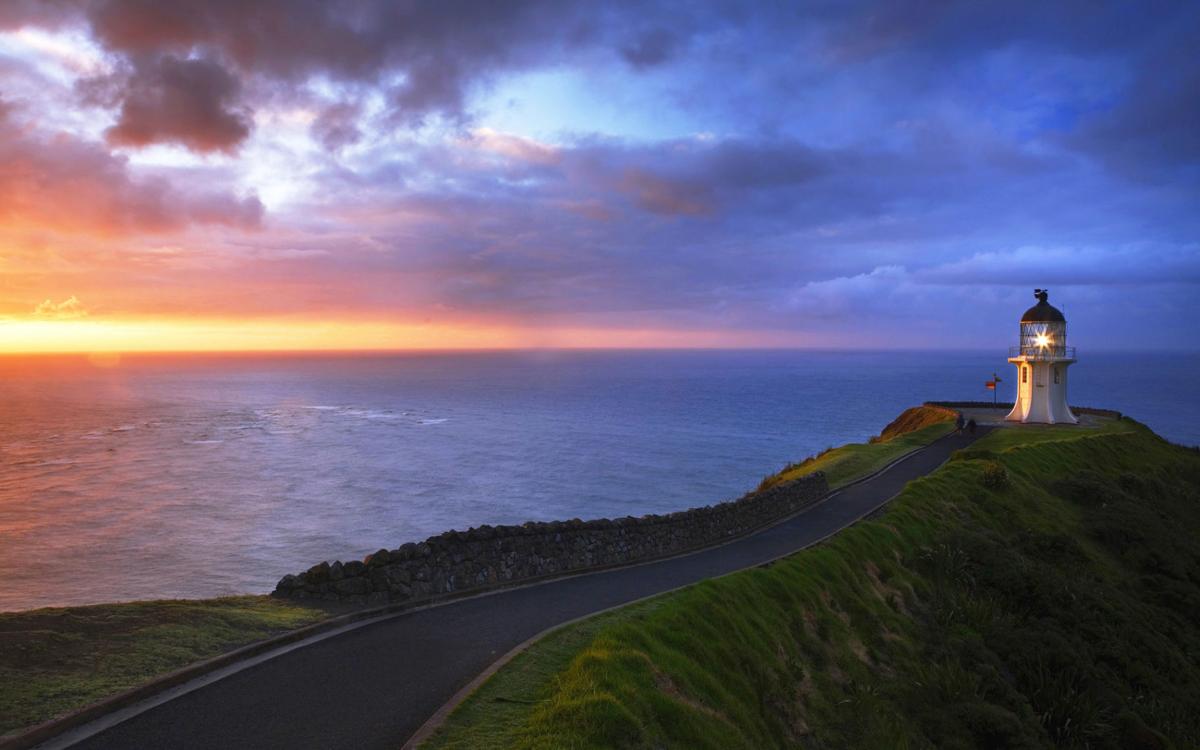 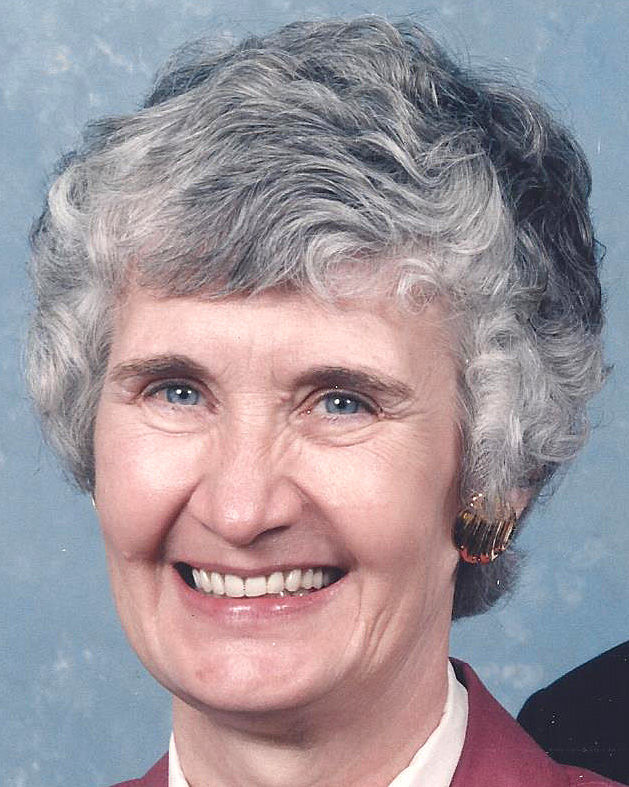 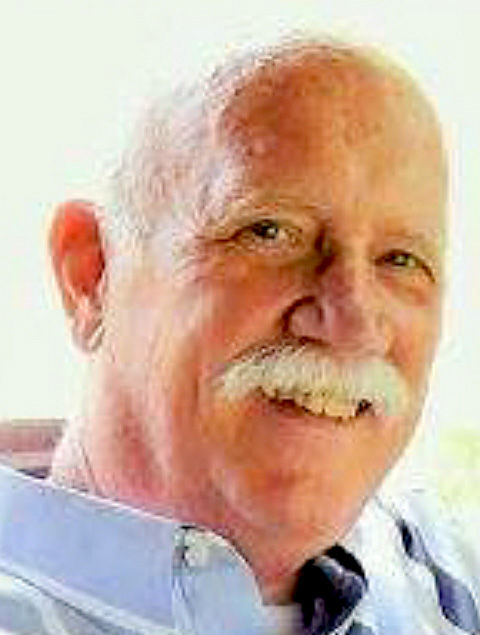 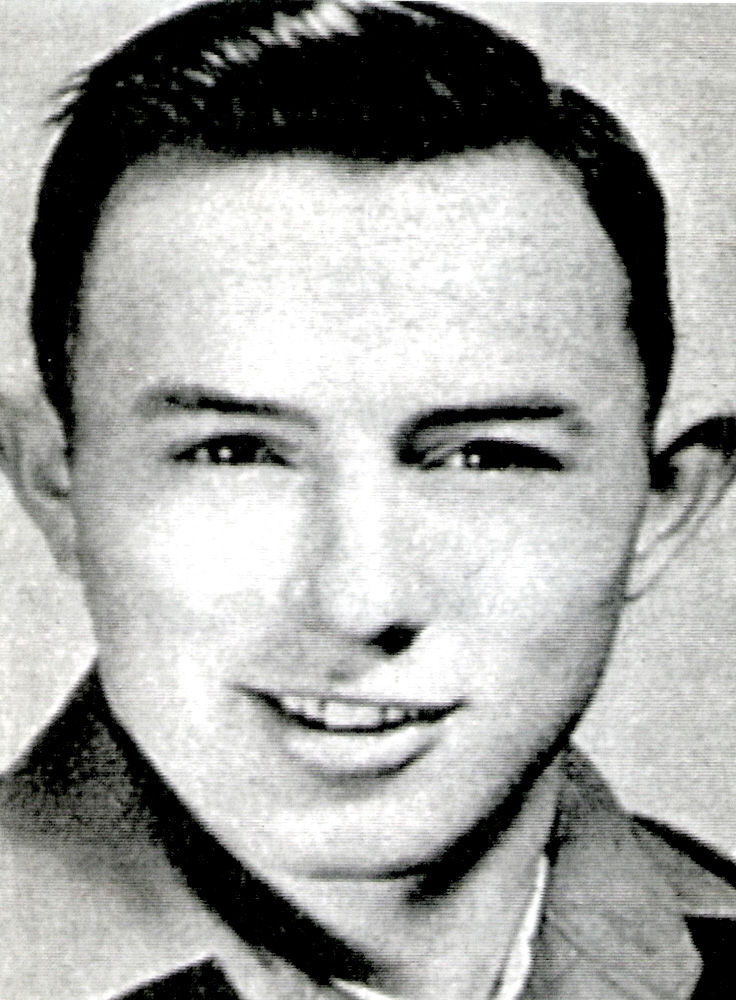 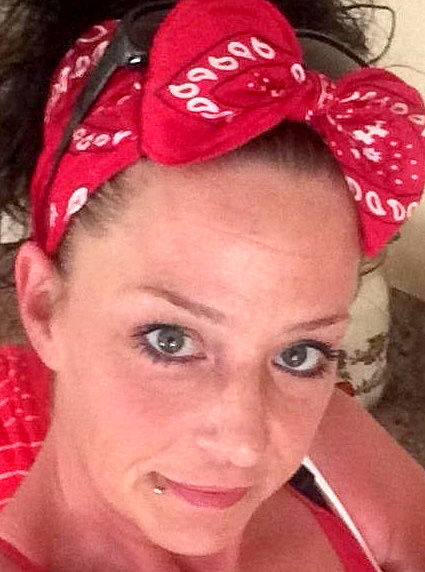 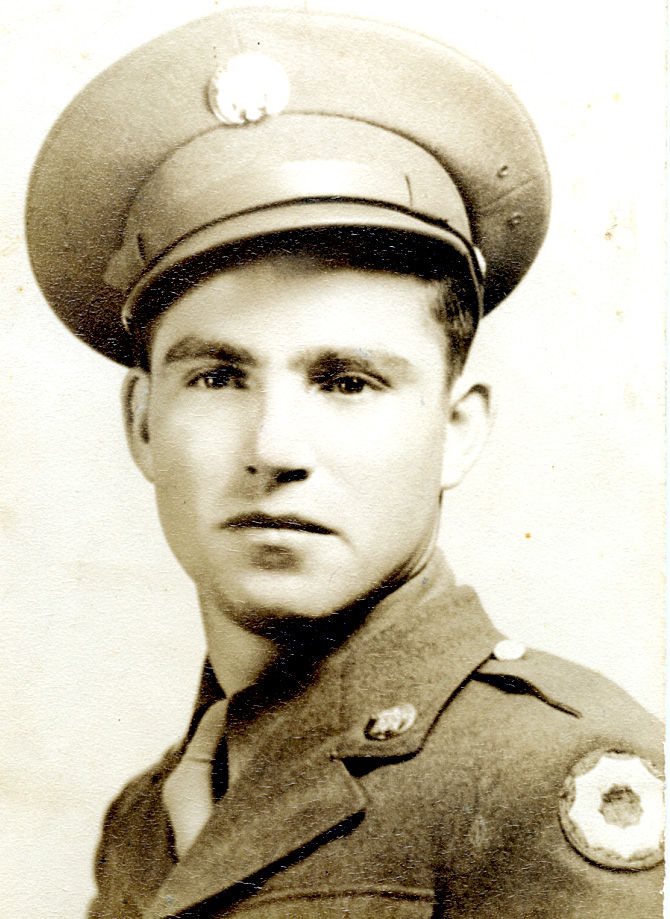 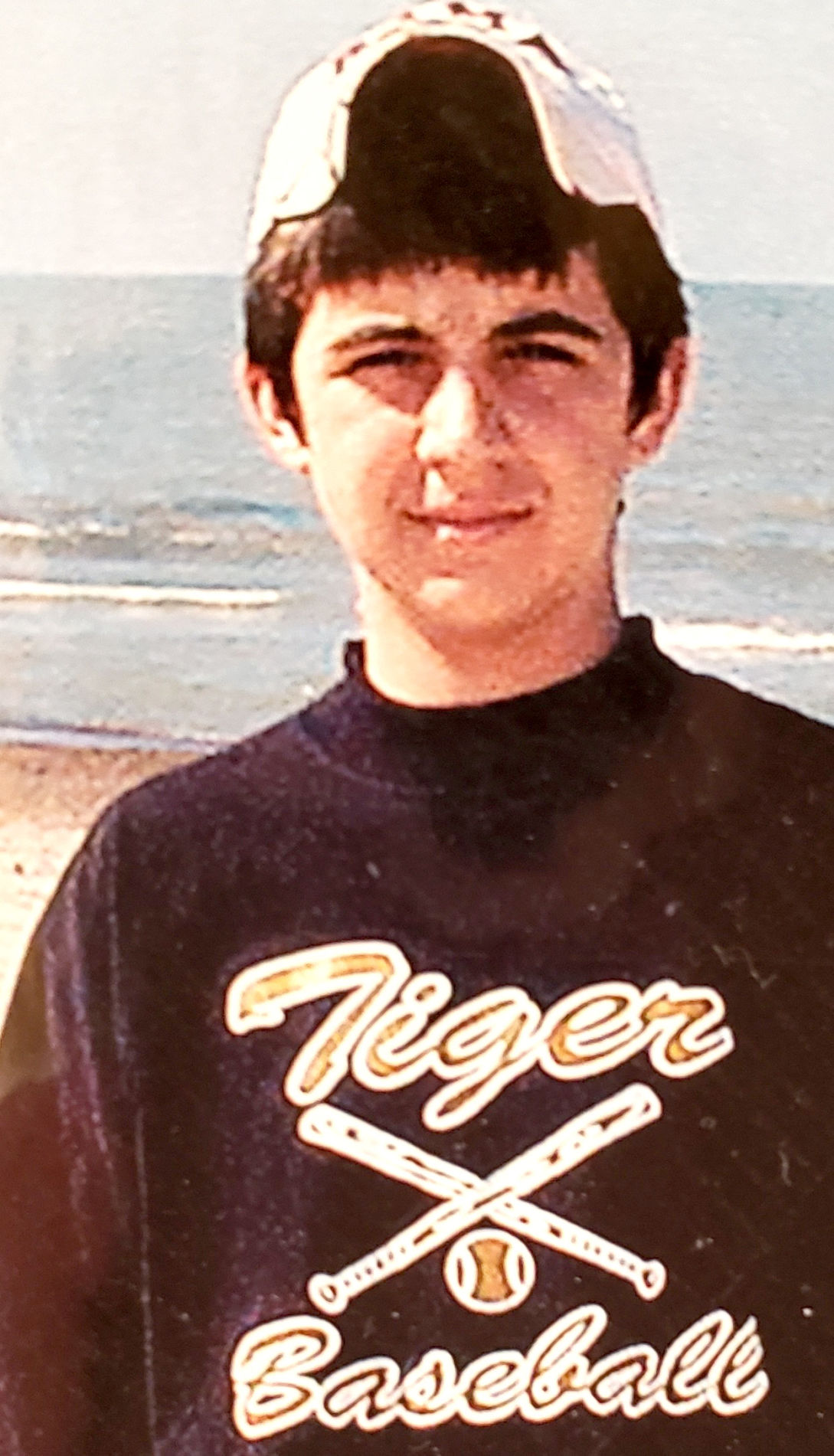 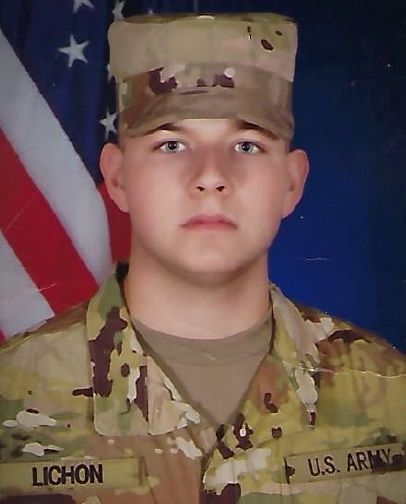 Funeral homes often submit obituaries as a service to the families they are assisting. However, we will be happy to accept obituaries from family members. Family members must call our main office at 931-967-2272 & you must provide verification of death . Pricing varies per size of the obituary and or death notice.

BARRY, Thelma Juanita (née Martin), passed away in her home at the age of 88, on June 22, 2019. She was born in Sewanee to Bertha Lappin Martin and Sam C. Martin on April 12, 1931. She is a member of Christ the King Anglican Church in Decherd. She was proceeded in death by her husband, William E. Barry; daughter, Nina Wilson; sisters, Cecile Knott, Roxanne McShan and Tony Cook; and brothers, Sam Martin and Halson Martin. She is survived by her children, Michael (Suzanne) Barry, Daniel (Arlene) Barry, Matthew (Linda) Barry and Chris Wilson; 10 grandchildren; and 16 great-grandchildren. Funeral services were conducted on Friday, June 28, 2019, at 11 a.m. at Christ the King Anglican Church in Decherd with The Rev. Bill Midgett officiating. In lieu of flowers, memorial gifts may be made to the Grace Hospice Foundation, Avalon Hospice, 2090 Cowan Hwy., Winchester, TN 37398 or at https://www.curohealthservices.com/donate).

GLOVER, Gary Wayne, age 69 of Winchester, passed away on Tuesday, June 25, 2019, at Vanderbilt University Medical Center in Nashville. He was born in Mattoon, Illinois on May 25, 1950. Gary was a 1968 graduate of Sparkman High School and he earned a bachelor’s degree in 1974 from MTSU. He was employed by ServiceMaster Management for over 20 years in eight different states and was currently employed by HSN as a customer service representative. Gary was also a relief bus driver for the Franklin County school system. Gary was an active member of the Cowan First Baptist Church where he served as trustee, deacon and usher and taught Sunday school and senior adult ministry. He enjoyed watching old westerns, especially with John Wayne. Most of all, Gary loved spending time with his family. Gary was preceded in death by his son, David Wayne Glover and mother, Alberta Glover. He is survived by his loving wife of 49 years, Ann Brown Glover of Winchester; daughter, Carole (Eric) Turner of Fayetteville; grandchildren, Anna Grace and Christian; father, Wayne Glover of Harvest, Alabama; sisters, Kathy (Dale) Williams and Donna Glover, both of Birmingham, Alabama; brother, Ronald Glover of Harvest, Alabama; 15 brothers and sisters-in-law; and a host of nieces, nephews and other relatives. Visitation was held on Friday, June 28, 2019, from 1-3 p.m. at the Cowan First Baptist Church. A celebration of life service was held on Friday, June 28, 2019, at 3 p.m. at the Cowan First Baptist Church with Rev. Tim Brown and Rev. L.Z. Johnson officiating. Moore-Cortner Funeral Home, 300 First Ave. NW, Winchester, TN 37398, 931-967-2222, www.moorecortner.com.

BATES, Wilburn Ray Sr., age 94 of Winchester passed away on Wednesday, June 26, 2019, at his residence. He was born on Oct. 5, 1924, in Kelso to the late Johnny Roy Bates and Florence Mann Bates. He entered the U.S. Army (WWII) in March of 1942, and survived Normandy Beach and the Battle of the Bulge, earning European African Middle Eastern Ribbon with five bronze stars, Meritorious Unit Award, Good Conduct Medal and World War II Victory Medal. He said he had never been so scared in his life than when he walked off into the water to get to the beach. Wilburn said so many drowned and those who made it to the beach were shot the minute they set foot on it. He’s never considered himself a hero but I told him he just didn’t know how much of a hero he really was. He would tear up when he talked about the loss of fellow soldiers. To him they all were the heroes. Sometimes he couldn’t breathe when he tried to talk about it so he’d have to stop. I always told him it was okay we could talk about it later if he felt like it. But I would always let him start the conversation. You could tell his heart was breaking. So we changed the subject till next time. Wilburn travelled all over the United States. We would talk about that when he would get “chatty” about 2:30 a.m. in the morning. He said he travelled by bus, hitchhiked and hobo trains. Construction was his favorite job. He worked on the Sears Tower in Chicago, Illinois and the Underground Tunnel under Lake Michigan, to name a couple. He also was employed by Eaton Corporation as a heat treat specialist for 20 years. Every time he would speak it was like the old commercial of E.F. Hutton—you could hear a pin drop. There was always something interesting that he would talk about. He captured people’s attention but never meant to. In 1962, Wilburn was employed at AEDC. On Dec. 17, 1962 there was a collapse in the testing center on the base. Just as he had done on Normandy Beach, Wilburn escaped death but helped others including his brother Jerry to safety. Wilburn raised Tyson chickens for many years, and he enjoyed ginseng hunting, watching the gospel channel, gardening and travel. In addition to his parents, he was preceded in death by wife, Betty Jean Bates; sisters, Mildred Seals, Nell Davis and Helen Willis; and brothers, Aubrey Leon “Butch” Bates and Edwin “Eddie” Bates. Wilburn is survived by his children, Linda Kay (Thomas) Ward of Winchester Springs, Myra Michelle (Mark) Shasteen of Winchester Springs, Rebecca Lynn (Johnny Wayne Sr.) Short of Estill Springs and Wilburn Ray (Charlotte) Bates Jr. of Belvidere; brother, Jerry Ronald (Betty Mae) Bates of Hobart, Indiana; grandchildren, Johnny Wayne Short Jr, Tyler Ray Bates (Kinsey), Myles Alan Shasteen, Emily Brooke Bates and Samantha Paige Shasteen. Visitation was held on Friday, June 28, 2019, from 5-9 p.m. at Moore-Cortner Funeral Home in Winchester. Funeral services were conducted on Saturday, June 29, 2019, at noon in the Moore-Cortner Funeral Home Chapel with Rev. Dean Northcutt and Johnny Short Jr. officiating. Interment followed in the Harris Chapel Cemetery with family and friends serving as pallbearers. Moore-Cortner Funeral Home, 300 First Ave. NW, Winchester, TN 37398, 931-967-2222, www.moorecortner.com.

ASHWORTH, Rachel Marie Morris, age 44, of Los Angeles, California, formerly of Franklin County, departed this life suddenly on Monday, June 17, 2019, at her residence. She was born in Winchester, Tennessee on Dec. 6, 1974, to Jim Morris and Emma Jo Clardy Morris. Rachel was a 1992 graduate of Franklin County High School. She was employed as a waitress at various restaurants before moving to California. Her hobbies were gardening, music, reading Stephen King books and collecting fairies. She was preceded in death by her grandparents, James and Irene Clardy and Robert and Marie Morris and a sister, Misa Marks. She is survived by her husband, Warren Ashworth of Charlotte, Tennessee; daughters, Chelsea Hargrove of Franklin, Tennessee and Peyton Hargrove of Henderson, Tennessee; son, Colen Ashworth of Charlotte; brother, Clint Morris of Las Vegas, Nevada, step-siblings; Lucas Finney also of Las Vegas, Nevada and Holly Vickers of Brentwood, Tennessee; and special nieces, Sloane Corn and Mallory Palk. Private family services were held on Saturday, June 29, 2019, in the chapel of Grant Funeral Services in Estill Springs with Bro. James Clardy Jr. officiating.

GUNN, Frances Campbell, age 86 of Cowan, departed this life on Monday, June 24, 2019, at her residence following an extended illness. Ms. Gunn was born in Huntland on Oct. 8, 1932, to the late Ernest Campbell and Sally Waters Campbell. She was an active member of the Cowan First Baptist Church until her health prevented her from attending. She was known to drive and pick up many children in Cowan to attend church with her family. The retired retail merchant was the owner with her husband, of Gunn’s Grocery in Cowan for approximately 31 years. She loved her church, grandchildren and pets. In addition to her parents, Ms. Gunn was preceded in death by her husband, John Books Gunn and sister, Mary Ann Campbell. She is survived by her daughter, Sandra Shaw and husband, Glen of Atlanta, Georgia; son, John Gunn Jr. and wife, Karen of Cowan; grandchildren, Andrew Brooks Gunn and Devon Elizabeth Gunn, both of Chattanooga and Lauren Bailey and husband, Cameron of Winchester. Visitation for Ms. Gunn was held on Wednesday, June 26, 2019, from 5-8 p.m. in the chapel of Grant Funeral Services in Estill Springs. Funeral services for Ms. Gunn were conducted on Thursday, June 27, 2019, at 11 a.m. in the chapel of Grant Funeral Services. Interment followed in the Walnut Grove Cemetery in Belvidere. Donations may be made to the St. Jude Children’s Research Hospital, P.O. Box 1000, Dept. 142, Memphis, TN 38101-9908.

LICHON, Robert “Robbie” Wayne, age 21 of Decherd, passed away unexpectedly on Sunday, June 30, 2019. He was born in Nashville on April 7, 1998. Robbie was currently serving his country in the United States Army Infantry Division and was stationed in El Paso, Texas. A member of Decherd United Methodist Church, Robbie will be remembered for his kind heart and happy, loving nature as well as his braveness. He enjoyed being outdoors, singing and song writing. Robbie was preceded in death by his father, Robert P. Lichon. He is survived by his loving wife of four years, Jacey Lichon of Decherd; children, Leo and Octavia Lichon of Decherd; mother, Tammy Lichon of Decherd; siblings, Christopher Harvey (Angela) of Tullahoma, A.J. Lichon of Belvidere and Jamie Lichon of Belvidere. Visitation will be held on Saturday, July 6, 2019, from 11 a.m. to 3 p.m. at Moore-Cortner Funeral Home in Winchester. Funeral services will be conducted on Saturday, July 6, 2019, at 3 p.m.  in the Moore-Cortner Funeral Home Chapel with Rev. Faye Tucker officiating. Interment will be held in the Franklin Memorial Gardens in Winchester with military honors bestowed. Moore-Cortner Funeral Home, 300 First Ave. NW, Winchester, TN 37398, 931-967-2222, www.moorecortner.com.