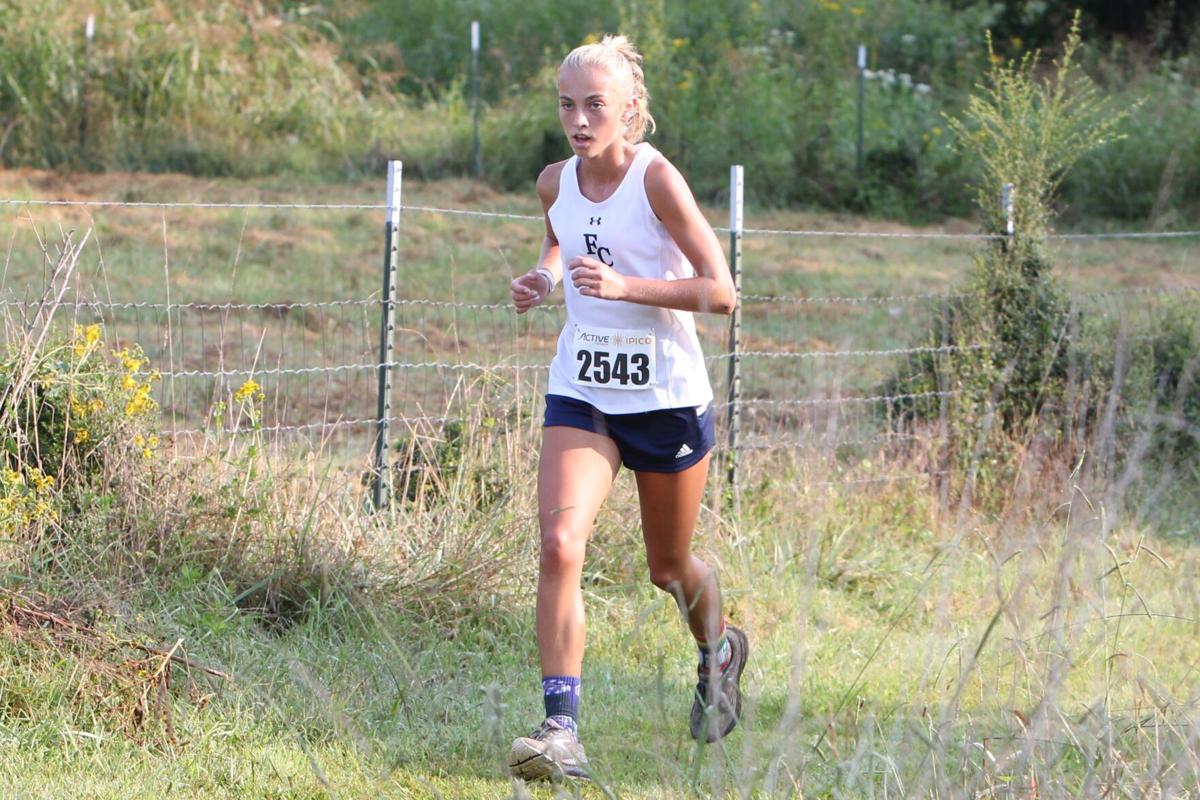 Franklin County's Kara McDaniel competes in the Warrior Invitational Saturday at Riverdale High School. McDaniel finished 15th in the girls portion of the meet with a time of 23:24. 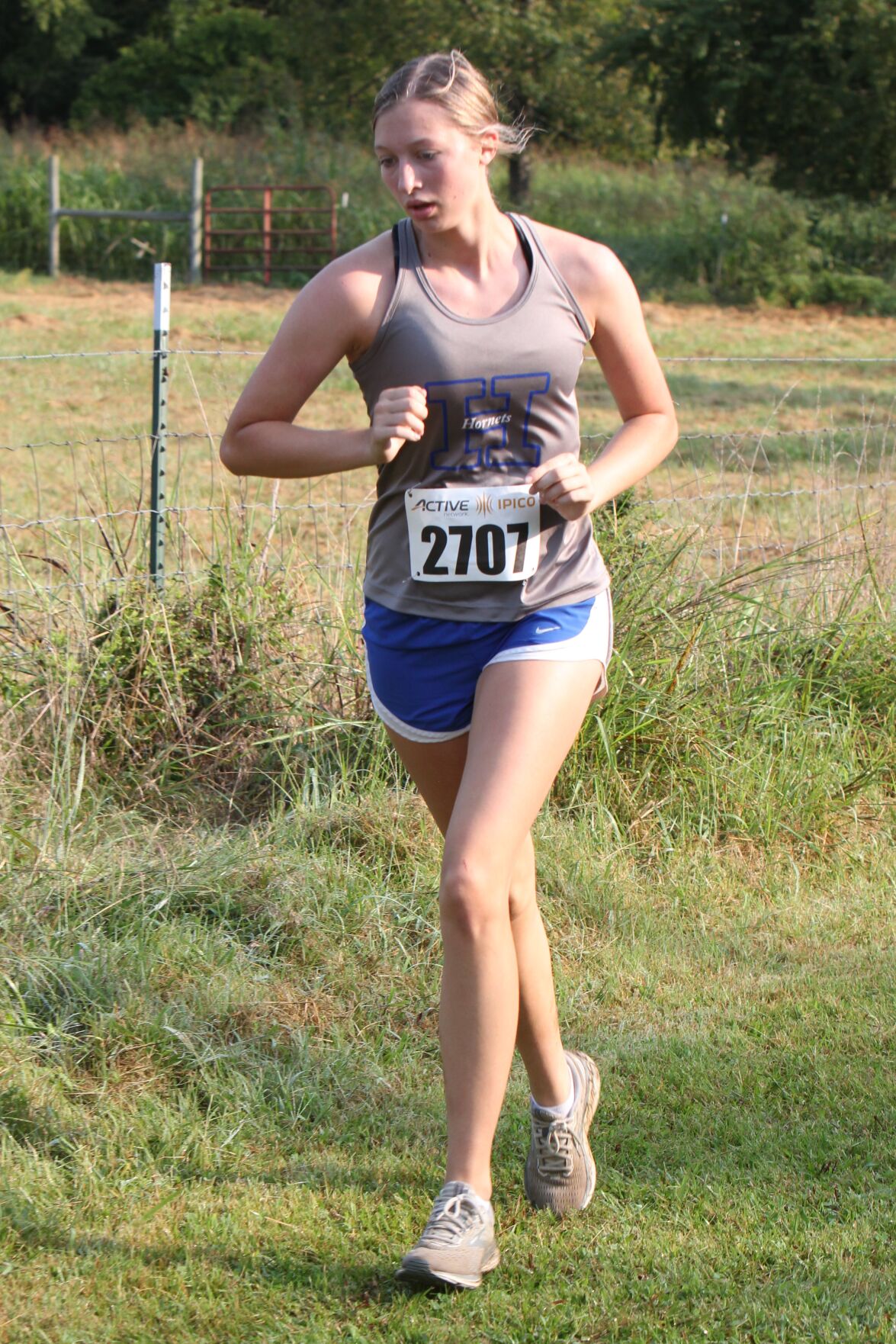 Huntland's Jocy May runs down a trail during the Warrior Invitational Saturday at Riverdale High School. May finished 51st in the girls portion of the meet with a time of 26:46.

The high school races started the meet off with runners for the FCHS Rebelettes and the Huntland Lady Hornets in competition for the girls portion of the meet.

The Rebelettes had three runners finish in the top 50 with one top-20 finish while the Lady Hornets had one runner finish just outside of the top 50 as well as four top-75 finishes in the field of 96 runners.

Kara McDaniel had the top placement of the day for the Rebelettes as she finished 15th with a time of 23:24.

Sophie Roberts would be the next FCHS runner to cross the finish line as she finished 34th with a mark of 25:13. Nora Daugherty would be able to break into the top-50 as she placed 47th with a time of 26:15.

The first Lady Hornet to finish the course would be Jocy May in 51st place with a time of 26:46.

The last two runners for the Rebelettes would follow shortly thereafter as Catherine Money and Catie Hanger placed 53rd and 54th, respectively, with marks of 26:49 and 26:53.

In the team standings, the Rebelettes finished seventh out of 13 teams with 181 team points. The Lady Hornets finished 11th for the day with 268 points as a group.

In the boys race, the FCHS Rebels had three top-30 finishes and five total top-75 finishes in a field of 112 runners.

Owen Stewart led the way for the Rebels as he finishes 21st with a time of 20:10. Braden Collins would follow Stewart across the finish line just 12 seconds later as he finished 24th with a mark of 20:22.

Daniel Heath would secure another top-30 finish for the Rebels as he placed 29th with a time of 20:36.

Teammates Jayden Taylor and Josiah Cruz finished in close proximity to each other in 62nd and 63rd place, respectively with times of 22:27 and 22:30.

In the team standings, the Rebels would finish seventh out of 17 teams with 184 points for the day.

For the middle school races, the South Trojans and Lady Trojans combined for three top-100 finishes with crowded fields of 139 and 146 runners in the girls and boys races, respectively.

Zoe Cole finished with the top time for the Lady Trojans as she finished 69th with a time of 17:55, and Madyson Dutz was right behind her in 74th with a mark of 17:58.

Jasper Henley narrowly missed cracking the top 50 for the boys race as he placed 52nd with a time of 15:03.

The teams of FCHS and South will next compete on Tuesday in a meet at Don Davidson Park in Fayetteville. The meet is scheduled to begin at 4 p.m.

The Lady Hornets will next compete on Wednesday in a meet at Community High School. The meet is scheduled to begin at 5 p.m.