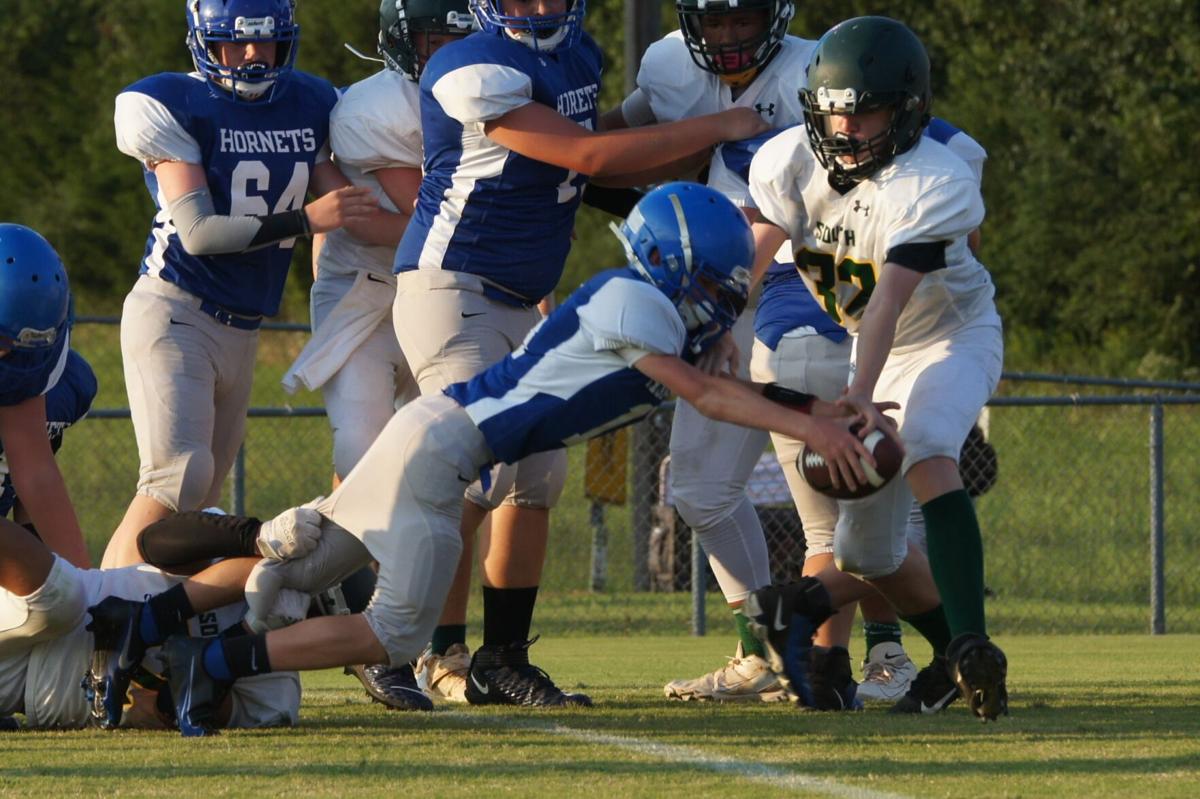 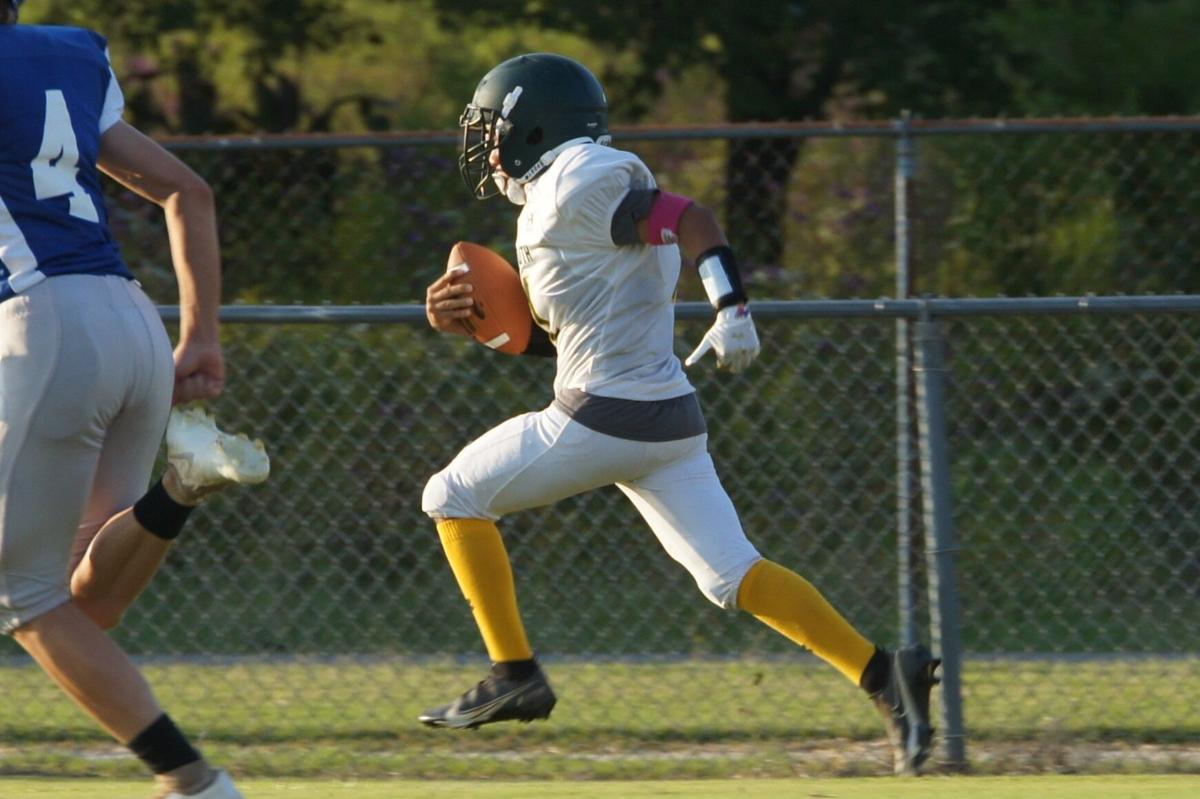 South's Alfonso Gomez carries the ball down the sideline during a game Tuesday at Huntland Middle School. Gomez scored two rushing touchdowns in the 30-20 loss.

The Huntland Middle School Hornets beat the South Trojans 30-20 at home Tuesday in a matchup between two county schools.

The Hornets jumped out to an early lead and held off a second-half rally from the Trojans to get their third straight win while the Trojans took the loss in their second game of the season.

Huntland head football coach Mike Jernigan said he didn’t think his players had their best game, but they stepped up when they needed to.

The Trojans struck first on the scoreboard as Alfonso Gomez broke off a long touchdown run on the opening drive of the contest to make it a 6-0 game.

The Hornets answered back with a five-minute drive which ended with a touchdown pass from Grant Jernigan to a wide-open Caden Smith. Grant Jernigan took the ball across the goal line himself on the ensuing two-point conversion to give the Hornets an 8-6 lead with 1:23 remaining in the first quarter.

The Trojans advanced into enemy territory again on their next drive, but a fumble would give the ball back to the Hornets.

The Hornets scored again a few plays later with Grant Jernigan tossing a short pass to Julius Miller, who sprinted down the sidelines for a touchdown to put the score at 14-6 with 7:49 left in the first half.

After a turnover on downs by the Trojans at midfield, the Hornets worked the ball down the field before Grant Jernigan called his own number and ran the ball in for a touchdown. Caden Smith added a two-point conversion to put the lead at 22-6 with 2:31 remaining in the half.

The Trojans got a fortunate bounce to start the second half as their onside kick ricocheted off of a Huntland player and into the arms of a South player for a successful recovery.

The Trojans would take advantage with a lengthy drive which culminated in another touchdown run by Gomez to make it a 22-14 game with three minutes remaining in the third quarter.

The Hornets would work the ball inside of South’s 10-yard line on their next possession, but the Trojans would step up to stall the drive there and force a turnover on downs in the opening seconds of the fourth quarter.

After a few long runs brought the Trojans inside of the red zone, Brandon Walker punched the ball in for the Trojans on the ground to put the score at 22-20 with five minutes remaining.

However, the Trojans would not be able to tie the game as the Hornets’ defense stepped up to stop a run on the two-point conversion attempt.

With their lead cut down to just two points, the Hornets put together one more scoring drive as Grant Jernigan broke off a long scoring run and added a two-point conversion on a pass to Caden Smith to make it a 10-point game with two minutes to play.

The Trojans would advance the ball deep into enemy territory one more time, but the Hornets would force a turnover on downs in the final seconds to clinch the victory.

With the win, the Hornets improved to 4-1 on the season.

With the loss, the Trojans moved to 0-2 on the season.

The Hornets will next play Thursday at home against Blanche Middle School. Kickoff is scheduled for 6 p.m.

The Trojans will next play Tuesday at Moore County Middle School. Kickoff is scheduled for 6 p.m.